Gevo Inc announced that its CEO Patrick Gruber will participate in a Water Tower Research Fireside Chat on Thursday, June 2, 2022 at 4 PM EDT. Globex Mining Enterprises Inc provided a brief update on the latest drill results announced by Starr Peak Mining Ltd on Globex's NewMetal property, Normetmar Zone, at Normetal, Quebec, which included 3. PyroGenesis Canada Inc has reportedly completed the commissioning phase of its program and the PUREVAP Quartz Reduction Reactor (QRR) pilot plant is now functional, according to its technology partner HPQ Silicon Resources Inc. BioSig Technologies Inc plans to kick off a national commercial launch campaign for its PURE EP System on July 1, 2022 following multiple initiatives to accelerate its transition from limited market release to nationwide availability. SIGMA Lithium Corporation has announced the filing of its consolidated Phase 1 DFS and Phase 2 PFS Update of the NI 43-101 Technical Report for its 100% owned Grota do Cirilo Project. Clean Seed Capital Group Inc has announced that Saskatchewan dealer Canada West Harvest Centre (CAWHC) has placed orders for Clean Seed’s SMART Seeder MAX units. Co-Diagnostics Inc, a molecular diagnostics company, has completed the principal design work on a PCR test for the monkeypox virus, the company announced. Camino Minerals Corp announced that core drilling has started at the newly permitted Lourdes-Condori zones at its Los Chapitos copper project near the coastal town of Chala in Arequipa Department, Peru. Thunderbird Entertainment Group Inc has announced that former Disney programming executive Kitty Walsh has joined the company’s kids and family division Atomic Cartoons as its new executive director of development. Aurelius Minerals Inc has unveiled its maiden mineral resource estimate for its Aureus East gold project that highlighted the potential of the Nova Scotia-based property. Revive Therapeutics Ltd said it has received positive comments from the Food and Drug Administration (FDA) regarding the company’s request to determine and agree on new primary efficacy endpoints for its Phase 3 clinical trial to evaluate the safety and effectiveness of bucillamine, an oral drug with anti-inflammatory and antiviral properties, in patients with mild-to-moderate coronavirus (COVID-19). Adyton Resources Corp has welcomed the results of preliminary metallurgical test work on samples from its Gameta deposit in Papua New Guinea, which showed high recoveries of gold and silver and potentially low processing costs. Hapbee Technologies Inc CEO Yona Shtern has told shareholders that the company is “full steam ahead” in growing its wellness platform.

ION Energy Corp has said its team will be joining other leading Mongolian mining companies at 'Mongolia @ PDAC 2022', on Monday, June 13 from 1. AMPD Ventures Inc has forecast a doubling of revenue for the year to end-May 2022 after it saw a surge in sales in the third quarter. enCore Energy Corp has announced the completion of the sale of the Cebolleta Uranium Project in New Mexico to Future Fuel Corporation, a major step towards reaching enCore’s goal of becoming the next producer of American uranium. Minto Metals Corp said it has delivered a positive performance for the second consecutive quarter as the copper producer posted its first-quarter metrics. Australis Capital Inc - dba AUDACIOUS - has announced that the company and its partner, First Americans LLC, have started construction of its New York cultivation, manufacturing and retail project located on the Saint Regis Mohawk territory. Prospector Metals Corp said it has acquired a 100% interest in the Leopard Lake Property, comprising 7,383 hectares on the boundary of the Wabigoon and Quetico sub-provinces in Ontario. Wishpond Technologies Ltd saw its quarterly revenue grow by 41% year-over-year as new acquisitions, coupled with organic growth powered the online marketing solutions company to a strong first quarter in 2022. CO2 GRO Inc and its Mexican sales partner have announced that a second technology trial using the former's technology is going ahead in the North American country. ReVolve Renewable Power Corp announced that it has signed a definitive agreement to acquire 100% of Mexico’s Centrica Business Solutions Mexico S. Ayurcann Holdings Corp, a cannabis extraction company, said revenue in the third quarter of its fiscal year 2022 jumped nearly 7. Clean Air Metals Inc has announced results from the 2022 drill campaign at the Escape platinum group element, copper and nickel deposit of its Thunder Bay North project in Ontario. Bridgeline Digital Inc has announced that its natural language processing (NLP) site search product, Celebros, has been chosen by another sports retailer, Michael Murphy Sports and Leisure, on the AB Commerce platform. New Age Metals Inc has said it is set to progress its lithium projects this spring after the 2022 exploration budget and program for its Manitoba lithium division have received the tick of approval from the company’s partner Mineral Resources Limited.

Albert Labs International Corp said it has appointed Dr Sara Tai as principal investigator for its upcoming trial on KRN-101, a psilocybin-based medicine, for the treatment of cancer-related distress. Lion Copper and Gold Corp said it had struck an amicable deal to terminate a previously announced sale of water rights, which will further allow the advance of its MacArthur and Yerington assets in Nevada, USA. Think Research Corporation said it expects to realize $9 million in cost synergies this year as part of its cost optimization program. Vox Royalty Corp has told investors it expects to report royalty revenues of between C$10 million and C$12 million in 2022—more than double what it realized in 2021—as it also revealed it has acquired a producing royalty on a Western Australian iron ore mine. Ortho Regenerative Technologies Inc (CSE:ORTH) announced that it has received a $500,000 grant to advance the development of its secondary technology platform indication ORTHO-M for meniscus repair. CULT Food Science Corp said it has secured office space in Toronto to further develop an incubation studio as well as a project development hub aimed at advancing its role as a leader in the cell-based and alternative food space in Canada. Pacific Empire Minerals Corporation has announced that it has finalized two high-priority drill targets for the upcoming summer exploration season at its flagship Jean Marie copper porphyry project in north-central British Columbia. Empower Clinics Inc said it has received accreditation for mobile services for its COVID-19 testing solutions through the Diagnostic Accreditation Program of the College of Physicians and Surgeons of BC, which regulates the practice of medicine in British Columbia. Forward Water Technologies Corp said it has been selected by the panel of The Centre for Ganga River Basin Management and Studies (cGanga) to participate in the Environment Technology Verification (ETV) program. American Manganese Inc said it has begun first-stage testing of its RecycLiCo demonstration plant project with lithium-ion battery cathode production scrap feed material. Pure Gold Mining Inc said it has closed the first tranche of its non-brokered private placement, which was announced on May 6, 2022, with the second of two tranches expected to close on or about May 27, 2022. Mandalay Resources Corp has released the results of its annual general meeting of shareholders, held today, virtually.

TORONTO, May 24, 2022 (GLOBE NEWSWIRE) — Lithium Ionic Corp. (TSXV: LTH) (“ Lithium Ionic ” or the “ Company ”) is pleased to announce that the Company’s common shares will commence trading on the TSX Venture Exchange (the “ TSXV ”) at the opening of market on Tuesday, May 24, 2022 under the symbol “LTH”. Blake Hylands, Chief Executive Officer of Lithium Ionic, comments, “We are very excited to

Advertisement 2 Story continues below This advertisement has not loaded yet, but your article continues below. Try refreshing your browser, or Globex Expands Quebec Lithium Royalty Interest Back to video As Globex’s part under the sale transaction, Globex vended 18 claims to First Energy in exchange for $30,000 and 375,000 First Energy shares payable over a 12-month period. Globex retains a 3% GMR on these 66 claims which include occurrences

Shares of Sigma Lithium surged nearly 15% in Toronto and were trading 13% higher at C$22.15 as of 11:37 a.m. local time. The combination will give the firm the potential “to be one of the lowest cost operations globally” for battery-grade lithium. Sigma Lithium said the phased expansion of its integrated project in Brazil’s Minas Gerais state — its sole operation — could potentially make the company the world’s fourth-largest 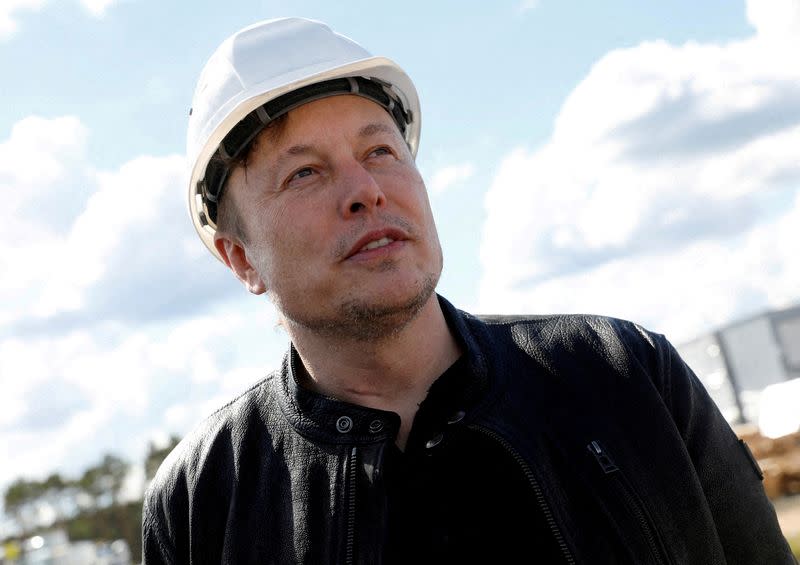 Lithium prices are up more than 80% this year and nickel prices have gyrated heavily amid trading turmoil in London. The automaker also recently struck a deal with Brazilian mining company Vale SA to supply nickel, according to media reports. LITHIUMFor lithium, Tesla is building a plant in Texas that will convert spodumene concentrate - processed rock containing the metal - into lithium hydroxide, a key building block for EV

Advertisement 2 Story continues below This advertisement has not loaded yet, but your article continues below. Try refreshing your browser, or Orford Mining Provides Update on Optioned Globex Joutel Property Back to video David Christie, President and CEO of Orford, commented, “Orford believes its South Gold Zone at Joutel Eagle currently being drilled has great potential…………….” Joutel Eagle Gold Project Orford is currently in the middle of its first drilling

TORONTO, ON and NEW YORK, NY / ACCESSWIRE / April 7, 2022 / GlobeX Data Ltd. (OTCQB:SWISF) (CSE:SWIS) (FRA:GDT) ("GlobeX" or the "Company"), the leader in Swiss hosted secure communications and secure data management, is pleased to announce that it plans to change its name to "Sekur Private Data Ltd." and the trading symbol will change to "SKUR". About GlobeX Data Ltd.GlobeX Data Ltd. is a Cybersecurity and Internet privacy

ACME has also arranged a non-brokered flow-through financing with Probity Mining 2022 Short Duration Flow-Through Limited Partnership. The Flow-Through Private Placement ("FT Private Placement") will consist of 666,668 units (the "FT Units") at a price of CN$1.50 per Unit for aggregate gross proceeds of CN$1,000,002.00. The FT Units consist of one flow-through common share and one-half of one non-flow through common share purchase warrant. About ACME Lithium Inc. This news

Is Sigma lithium a good investment?

What is the best lithium stock to buy in Canada?

What is Sigma Lithium Corp?

What does Sigma lithium do?

What does Globex Mining do?